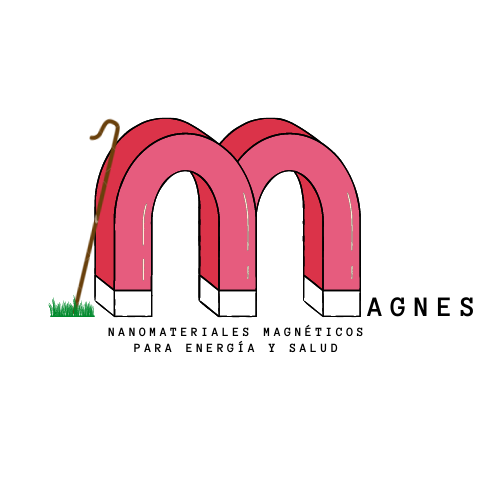 If I have seen further, it is by standing on the shoulders of giants.

Montserrat Rivas currently works at the Department of Physics, University of Oviedo. She has a degree and a PhD in Physics and during her studies she carried out research in Laboratoire de Magnetisme et Optique (CNRS) de Bellevue (Paris) and Laboratoire Louis Néel (CNRS) de Grenoble (France).

Nowadays, she does research in magnetic materials with an especial focus on bio-applications of magnetic nanoparticles and bio-sensing. She leads a multidisciplinary group specialized in magnetic bio-detection for point-of-care use.

Montserrat is currently the Chief Open Access Editor of the IEEE Magnetics Society, and Lead Editor of its special section in IEEE Access journal. In 2020, she was appointed Chair of the Spanish Club of Magnetism for a two-years term. 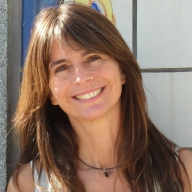 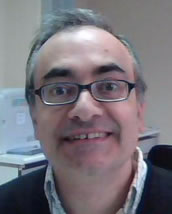 Jesus Ángel Blanco received his B.S. and Ph. D. in Physics from the University of Cantabria, Spain, in 1987 and 1992, respectively. He is currently professor of Condensed Matter Physics, Solid State Division, in the Department of Physics at the University Oviedo (Asturias), Spain. He spent his early career in the Louis Néel Laboratory (Grenoble), France. He has been a visiting researcher at several laboratories LURE, ORNL, Birbeck College and ISIS-RAL. At the beginning, he worked on commensurate and incommensurate magnetic systems, focusing broadly on the determination of magnetic structures and magnetic excitations.

Presently he is heading the Advanced Functional Nanomaterials’ group, and he is involved in a number of research projects devoted to investigate nanomaterials and caloric materials. He is a long-term user of large scientific (neutron scattering and synchrotron radiation) facilities since 1987. He has co-authored more than 230 papers, 210 articles in international scientific journals that are gathered in JCR (H=25 with more than 2500 citations-ISI; H=27, I10= 88 around 3000 citations-GoogleScholar), several chapters of books and numerous communications and papers presented at national and international conferences on Magnetism and Magnetic Materials. He has supervised 9 thesis (and 1 more thesis is on-going) and 5 undergraduate theses. He has been a member of the scientific committee of the Laue Langevin Institute; member of the National Commission of Neutron Users; founder and secretary of the Spanish Magnetism Club, external evaluator ANECA, ANEP, NSF, French Agency, Argentina and German project evaluation, external evaluator of EU within the M-ERA-net program and has participated as a member of the evaluation panel of Spanish proposals in the ILL and Spline in the ESRF. He has also been a member of the international assessment panels at the ILL, Leon Brillouin, ESRF, NIST, and APS. He has been a member of the Spanish Society of Neutron Techniques, and coordinator of the technical scientific services of the University of Oviedo (2014-2017) and coordinator of the PhD Program “Fundamental and Applied Physics” at the University of Oviedo (2012-2017). He has delivered more than 5000 h. of teaching at the University of Oviedo. 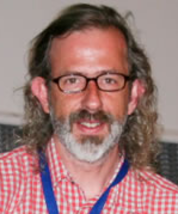 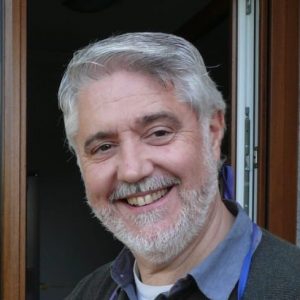 José Carlos Martínez-García currently works at the Department of Physics, University of Oviedo, as Associate Professor. He received his BSc in Physics (1988) from the University of Valencia (Spain) and his PhD (2012) from the University of Oviedo (Spain). Nowadays, his research areas are magnetic materials and computational modelling, focused specially on FORC analysis of soft magnetic materials (based on First Order Reversal Curves measurements), and on bio-sensing by means of magnetic nanoparticles. He belongs to a multidisciplinary research group devoted to magnetic lateral flow immunoassays for point-of-care bioanalysis, and to NanoBioAp, a spanish cluster of excellence designed to bring together different research teams devoted to nanomaterials (both organic and inorganic) to develop bio-technological applications.

Pablo Álvarez-Alonso received his PhD in Materials Science from the University of Oviedo in 2012, focused on the interplay between crystal structure and magnetic properties, such us the magnetocaloric and magnetovolume effects. He did a 5-years postdoctoral stay in the University of the Basque Country working in Magnetic Shape Memory Alloys and nanopatterned magnetic thin films. He has done stays in Instituto Laue-Langevin (France), Instituto Potosino de Investigación Científica y Tecnológica (Mexico), and Academy of Science (Slovakia). He is assistance professor at the University of Oviedo since 2017.
His main current research interests are the caloric effects in Shape Memory Alloys and intermetallic compounds. Other of his research interests are: magnetic properties of intermetallic alloys, magnetoimpedance in amorphous ribbons and wires, and dynamical properties of microwires.
He has co-autored more than 45 articles published in Q1 journals (1153 citations, h-index = 19 in GoogleScholar). He is external evaluator for Argentina and Vietnam project evaluation systems and referee of more than 25 international journals. He is guess editor of a special issue in Materials (Q1 journal). 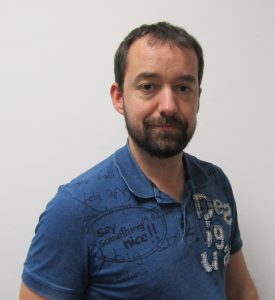 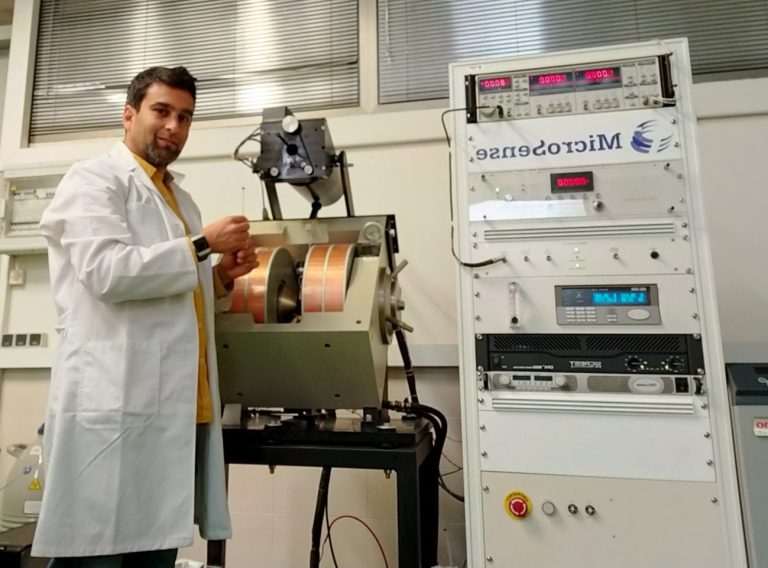 David received his B.S. degree in Physics and his PhD in Materials Science  from the University of Oviedo in 2002 and 2009 respectively. During his studies, he spent stays in Laboratoire Léon Brillouin (France), Institut Laue-Langevin (France) and ISIS Neutron and Muon Source (United Kingdom) Since 2006 he works as support technician at the Scientific and Technical Services (STS), in the Magnetic Measurements and x-ray Diffraction units.

His PhD research was honoured with the extraordinary doctorate award in Physics and it was focused on the correlation between magnetic and structure transformations in metallic binary alloys obtained by ball milling route. Besides of the studying in mechanical alloyed materials, he has also interested on the research about invar compounds, magnetic properties of ferrites and metallic oxides, magnetocaloric materials and magnetic nanoparticles for soil remediation.He has co-autored more than 50 articles published in scientific journals (815 citations, h-index = 15 in GoogleScholar) and has refereed for the Journals of Alloys and Compounds and Results in Physics. He is member of the Spanish Society of Neutron Techniques (SETN).

Her areas of scientific activity are Nanotechnology, Magnetism and Materials Science including metallic and ferrite magnetic nanoparticles, magnetic high-aspect ratio nanoparticles for photocatalytic applications and, spintronics. Her actual interests are focused on the synthesis, functionalization and physico-chemical characterization of superparamagnetic nanomaterials for bio-application and bio-sensing. She has been the principal researcher of one local project and, team member of 4 national, 5 international and 2 regional research projects. Recently, she is enrolled in FeSTEM, a european project (Erasmus+ KA2) devoted to female empowerment in STEM studies. She has been member of the local organizing committee of ISMANAM-2011 and ICFPM-2019 international conferences. She is co-authored of 1 book chapter and more than 20 articles in international scientific journals that are gathered in JCR (550 citations, h-index =11 in GoogleScholar). She has supervised 8 Master Thesis and 6 Final Degree projects (1 PhD is ongoing). 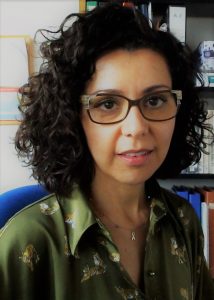 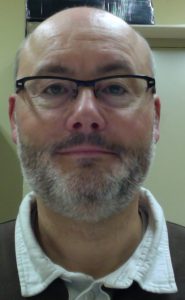 Roberto Iglesias is an associate professor at the Department of Physics of the University of Oviedo, Spain, beginning in 2008. He is specialized in structural, diffusive and magnetic properties simulation of critical raw materials (CRM) and alloys subject to extreme conditions, through electronic structure calculations using ab initio and atomistic codes and multiscale modelling techniques. In the last six years, he has been coauthor of 13 peer-reviewed articles, two more submitted, with more than 75% of them in the Q1, and of about 40 conference communications and presentations, about fifteen of them by invitation. He has contributed to three review book chapters. According to Scopus, h index is 13. PI of a FP7 project and two local University grants. From that date, he has participated in 8 other European, national and regional projects, and a few more under evaluation, 9 supercomputational projects of the Spanish RES (several as a PI) and one more, of one year duration, from the European PRACE initiative. Starting in 2009, he has been responsible for a contract agreement on scientific cooperation between the Paul Scherrer Institute (PSI, Switzerland) and Uniovi.

He has co-organised an international workshop. He is preparing a special issue as a Guest Editor of Frontiers in Materials and is part of the Editorial Board of the Journal of Nuclear Engineering (MDPI). He acts currently as a reviewer of 5 international journals and the E-MRS conferences. He is a member of several scientific societies (SETN, AUSE, CEMAG, SOCIEMAT, NANOFUTURES, CEIDEN, GE3C, SNS-SSDN, TMS), networks (ROSALES, MULTINANOMAT, EERA-JPNM, ERRIN, EMMC, UNIVERSOS- LAT, 2 COST ACTIONS) and of the Nuclear Fusion Institute (IFN-GV, UPM). Three positive six- year research activity evaluations, granted by the Spanish National Research Activity Evaluation Commission, last one awarded in 2016. Supervisor of one PhD thesis and currently supervising another, as well as of the B. Sc. of five undergraduates, and a Master thesis. He has been the president of two European PhD thesis defense committees, the secretary in two more and vocal in other two. He is currently responsible for teaching a course in Simulation of materials and nanostructures within the Master’s Degree in Advanced Physics of the University of Oviedo. He has delivered lectures and talks in international training and summer schools and restricted workshops on topics related to multiscale modelling, nuclear fusion technology, critical raw materials and applications of artificial intelligence to materials design. 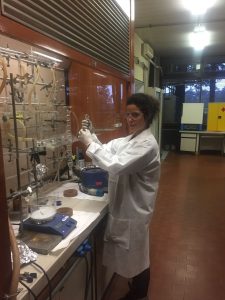 María Salvador finished her Chemical Engineering Degree in 2013 at the University of Valladolid (Spain). She carried out bioengineering process research at the Universysity of Wageningen (The Netherlands) for a year. Afterwards, she obtained the Master in Biotechnology of Environment and Health at the University of Oviedo (Spain). Nowadays, she is doing her PhD thesis in Material Science under the cosupervision of the Universited of Oviedo, (Spain) and Istituto di Struttura della Materia, Rome (Italy) supervised by Montserrat Rivas and José Carlos Martínez in the first institution and Davide Peddis in the second one. Her research activity is focused in the synthesis and characterization of superparamagnetic nanoparticles in order to use them as labels in immuno-magneticassays. Currently, she leads the MagCOVID project funded by the IEEE MagSoc Seed Funding.

She is the web developer and community manager of the NanoBioAp Network, the Spanish Club of Magnetism (CEMAG) and MAGNES group. She has also taken part as organizing committee in international congresses such as NALS 2017, ISMANAM 2018, and ICFPM19.

Jose Luis Marqués Fernández finished his bachelor’s degree in Industrial Design at the ESAPA Avilés (Spain) in 2014. In the next years, he obtained a bachelor’s degree in Industrial Technologies Engineering and a Master’s degree in Industrial Engineering both at the University of Oviedo (Spain). At the moment he is a Ph.D. student at the University of Oviedo under the supervision of Montserrat Rivas. His research is focused on the development of techniques and equipment for the detection and quantification of magnetic nanoparticles for a wide range of applications. These applications include medical, industrial, and environmental and the equipment ranges from laboratory-grade to low-cost portable devices. 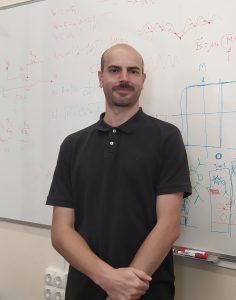