TEAM: Together Everyone Achieves More

Mª Luisa Fernández-Gubieda is professor of Applied Physics of the University of the Basque Country since 2002 and a principal investigator of the Magnetism and Magnetic Materials Group (consolidated group type A of the Basque Government). She has been a visiting researcher in various laboratories, among which the University Technique of Denmark (Denmark), University of Washington (USA), Institute of Nuclear Physics of Frascati (Italy) and University of Rome Tre (Italy). She has carried out numerous experiments in Grand Installations as ESRF (France); SPring8 (Japan); APS (USA) among others. She has published more than 100 research papers in international journals, which have received more than 1,000 appointments, in addition to presenting numerous papers and communications in national and international congresses. She has directed 5 doctoral thesis.

At the present, she is involved in a rearch line on magnetotactic bacteria with two main topics. First, to understand the biomineralization process of the magnetite nanoparticle synthesize by the bacteria and second, to study the viability of these nanoparticles for biomedical application. 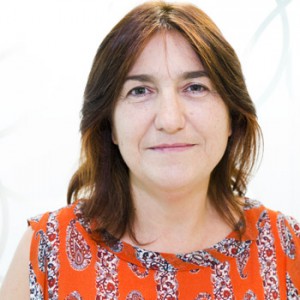 José Manuel Barandiarán is Professor of Applied Physics at the University of the Basque Country since 1988, and devotes his research activity to Magnetism and Magnetic Materials. He has been a visiting researcher in several laboratories, including the Universities of Cambridge, Technical University of Denmark, Le Mans, the Massachusetts Institute of Technology, Boise State University, Osaka University, the Louis Néel laboratory and the Laue Langevin Institute. He has published more than 400 research papers in international journals, which have received more than 7,000 citations, and has registered five patents, in addition to presenting numerous papers and communications in national and international conferences. He has also directed 16 doctoral thesis. He was the founder and first president of International Committee of the European Magnetic Sensors & Actuators (EMSA) Conferences, Chairman of International Committee of the Soft Magnetic Materials (SMM) Conference, and founder and first President of the Spanish Club of Magnetism.

Alfredo García-Arribas is currently an associate (tenured) professor at the Universidad of País Vasco UPV/EHU and researcher of BCMaterials, after several years with the University of Oviedo, Spain, and having enjoyed research visits with the University of Washington, Seattle (USA), and Cranfield University, (UK). He got his PhD degree at the Universidad del País Vasco in 1996, devoted to the study of the properties of amorphous magnetic materials. His current research activity is focused in the application of magnetic materials in micro-sensors and actuators, in particular, those based on magneto-impedance, magneto-elasticity, and magnetic shape memory alloys. He has authored more than 130 scientific articles, receiving more than 750 citations (h-index=17). He has supervised 5 PhD Thesis. He is a member of the Scientific Committee of the EMSA (European Magnetics Sensors and Actuators Conference) and secretary-treasurer of the Spanish Chapter of the Magnetic Society of the IEEE.

His main research topics are related to the development and application of magnetic materials to sensors and actuators: for example, thin films for magnetoimpedance sensors and magnetic shape memory alloys for actuators. 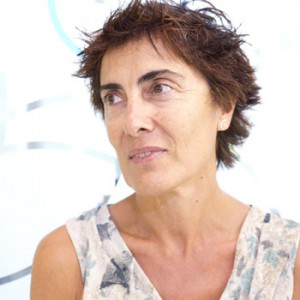 Dr. Alicia Muela obtained her PhD in Science (Biology) in 1990 at the University of the Basque Country (UPV/EHU). Since 1995 she has been an Associate Professor of Microbiology at the Faculty of Science and Technology (UPV/EHU). Her research has been focused on the study of the survival strategies of enteric bacteria in the aquatic systems. Recently, she started working with magnetotactic bacteria and joined the Group of Magnetism and Magnetic Materials of the Basque Country. The synthesis of magnetic nanoparticles in bacteria and their applications are her current areas of interest. She has published over 30 papers, receiving more than 480 citations (h-index=13).

Ana García Prieto holds a degree in Physics (1998) and a PhD in Applied Physics (2003) from the University of the Basque Country (UPV / EHU). After a postdoctoral stay (2005-2007) at University College London (United Kingdom), in 2007 he joined the UPV / EHU as teaching staff and researcher in the Department of Applied Physics I of the School of Engineering of Bilbao. Her research experience focuses on the structural and magnetic study of magnetic nanostructures, mainly with synchrotron radiation techniques, and their potential biomedical applications. Currently, she is studying magnetic particles synthesized by magnetotactic bacteria and the magnetic and structural properties of nanogranular thin films.

Eduardo Fernández obtained a Bachelor’s Degree in Physics in 2008 and two years later the Master of New Materials, both in the University of the Basque Country (UPV / EHU). At the end of 2013 and after several stays in foreign centers he got the International Doctor’s Degree  after the defense of the Thesis entitled “Thin-film MagnetoImpedance micro-structures for sensing applications “. In 2016, the thesis was awarded with the extraordinary prize as one of the best in the Faculty of Science and Technology (UPV / EHU). He obtained a postdoctoral scholarship from the Basque Government to carry out a 2-year stay in the Massachusetts Institute of Technology (MIT). It has more than 30 publications with about 300 appointments and an index h of 11. He has attended more than 20 international congresses with more of 10 oral contributions. Both during the last years of his thesis and after it, he has done teaching work assisting Dr. Alfredo Garcia in several projects in the grade and master. He also has experience in scientific dissemination issues having helped several years in the “Week of the Science” organized by the University of the Basque Country (UPV / EHU), as well as the “Nano Day” organized by the “Material Science and Engineering” of the MIT with the aim of bringing science to the general public.

Maite Insausti received the doctor degree in chemistry in 1994 from the University of the Basque Country (UPV/EHU) and from 1996 she is professor of Inorganic Chemistry in the Faculty of Science and Technology. She has been involved in the development of solid state chemistry laboratory in the research group of Prof. Teófilo Rojo, being working in the preparation of superconducting oxides and magnetoresistive manganites by soft chemistry methods. She has been secretary of the Spanish Group of Solid State Chemistry from 2000 to 2010. From 2005 until now, her research is focused on the preparation and characterization of metallic nanoparticles as Au, Cu, Ag or FePd and magnetic oxide nanoparticles as Fe3O4 or Fe1-xNixO4 with controlled sizes. This research is aimed at the proper functionalization and recovering of the nanoparticles in order to obtain biocompatible nanostructures, which are being tested ‘in vitro’ and ‘in vivo’ experiments for hyperthermia applications and drug delivery. Dr. Insausti has published over 70 articles and 1 patent and has supervised 5 PhD Thesis. 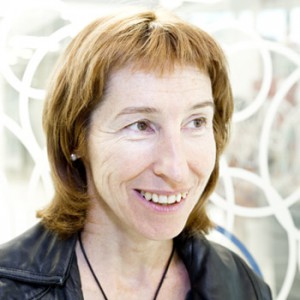 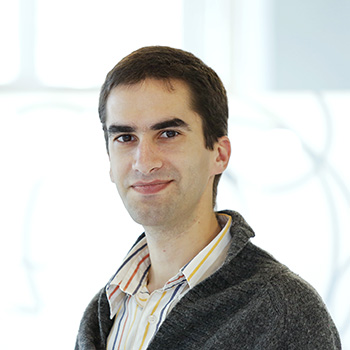 Javier Alonso started his career investigating collective magnetism and magnetotransport phenomena in granular thin films at the University of Basque Country (UPV/EHU). After obtaining his PhD (2011), he continued his research on nanomagetism and started working as a researcher, both at the UPV/EHU and BCMaterials , on the biomineralization and magnetic properties of magnetotactic bacteria. During his postodctoral stay (2014-2016) at the University of South Florida (Tampa, USA) he established a new research line on anisotropic nanoparticles for enhanced magnetic hyperthermia for cancer treatment. Since then he has focused on the area of Nanobiotechnology, working as Research Fellow at the  BCMaterials and now as Assistan Professor at the University of Cantabria.  Currently he is working as PI on a project to use remotely controlled magnetotactic bacteria as nanorobots to target and destroy cancer cells. 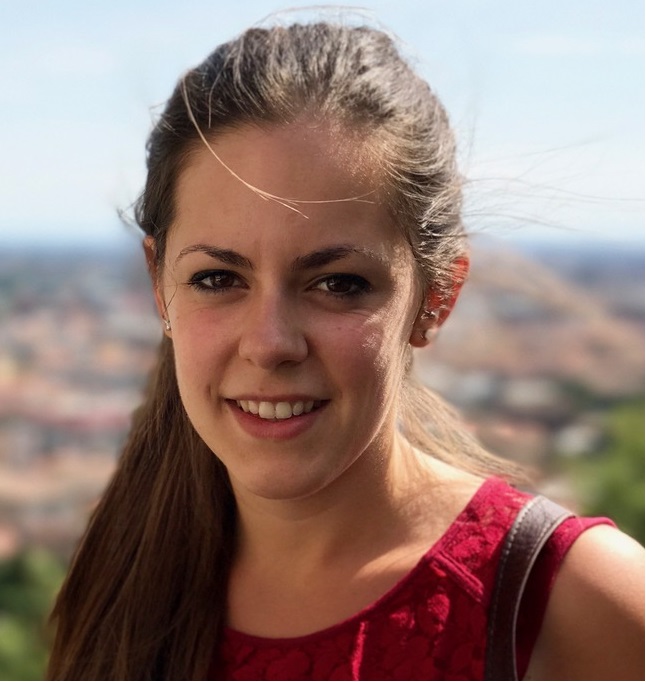 She got her Bachelor’s Degree in in Physics in 2013 and she is currently doing the doctoral thesis in the Department of Electricity and Electronics of the University of the Basque Country (UPV / EHU) under the supervision of María Luisa Fernández Gubieda. The central theme of his research is the Magnetic and structural characterization of nanoparticles magnetic synthesized by magnetotactic bacteria. She is a usual user of large facilities among which highlights synchrotron radiation techniques. Throughout her research career she has published her results in scientific journals and she has participated as a speaker in several international conferences.

David Muñoz graduate in Biology in 2012, then he completed his training with a Master in Microbiology, and he is currently doing the doctoral thesis, developing its research activity in the Department of Immunology, Microbiology and Parasitology of the University of the Basque Country (UPV / EHU) under the supervision of Dr. Alicia Muela Blázquez and Dr. Ana García Prieto. His investigation is focused on the purification and characterization of magnetic nanoparticles synthesized by  magnetotactic bacteria, as well as the study of their biocompatibility in vitro cellular systems in order to be able to use them in biomedical applications. Throughout his research career he has published his results in journals scientific and participated in several international congresses.

Lucía graduated in Biotechnology in 2016 by the University of the Basque Country and she specialized one year later in Biomaterials and Tissue Engineering by the University College London (UCL). She is currently doing her doctoral thesis of  Materials Science and Technology in the departments of Immunology, Microbiology and Parasitology and  Electricity and Electronics from the University of the Basque Country under the supervision of Alicia Muela. Her project will focuses on the study of the characteristics and biomedical applications of magnetosomes, magnetic nanoparticles synthesized by different species of magnetotactic bacteria.