A successful team is a group of many hands and one mind.

Amílcar Labarta is a Full Professor in Condensed Matter Physics in the University of Barcelona (UB) since 2003 and he is also co-leader and PI of the Group of Magnetic Nanomaterials since 1993. He graduated as physicist in 1981 and he got his PhD in Physics in 1985 both in the University of Barcelona. From 2007 to 2015, he was the director of the Institute of Nanocience and Nanotechnology in the UB. His research activity is focused on magnetic nanostructures, such as magnetic nanoparticles for biomedical applications, exchange bias in heterostructures, granular metals, thin films and multilayers. Nowadays he also started a new research line in plasmonic and magnetoplasmonic nanostructures.

He has authored several book chapters (11), and 219 articles in international scientific journals (h=39, >5500 citations). He has also participated in 66 projects, being PI in 13 of them, has supervised 6 thesis and 2 are in progress and has presented more than 320 talks at conferences and congresses.

Xavier Batlle is Full Professor in Condensed Matter Physics since 2010.  He is co-founder, co-leader and PI of the Group of Magnetic Nanomaterials of the University of Barcelona (UB) since 1993 (8 members at present and ca 40 in the past). He got his bachelor and Master Degrees in Physics in 1987 and his PhD in Physics in 1990, all from UB. He has been visiting researcher for about 4 years in a number of international laboratories, including Lawrence Berkeley National Lab (CA, USA), University of California San Diego (CA, USA), CNRS-Grenoble and Institute Laue Langevin (France), and University of Cambridge, among others. His work has aimed at the interplay among finite-size, surface, interface, interaction and proximity effects, and at the intimate correlation of the nanostructure (physical, chemical and magnetic) to the magnetic, electronic and electron transport properties of nanomaterials, including thin films and heterostructures, nanoparticles and nanostructures and ordered arrays of nanoelements. He is working on potential applications of magnetic nanoparticles in biomedicine and magnetic nanostructures in multi-state ultra-high density magnetic recording and multi-state logics. Lately, he started a new research in plasmonics.

Prof. Batlle holds 155 papers in journals of the Science Citation Index/Scopus, with ca 4,500/4700 citations (6,100 in Goggle Scholar) and a current h-index of 34 (h = 37 in Goggle Scholar). He is the first author of one of the seminal papers in the field of magnetic nanostructures and nanoparticles (Journal of Physics D: Applied Physics 35, R15 (2002)), which holds about 850 quotations in SCI (about 1,300 in Goggle Scholar). He has contributed to a number of scientific conferences (about 380), including about 100 invited talks and a continuous participation in International Scientific Committees. He has supervised 7 Ph. D Thesis (13 performed in the whole group), and he is currently supervising another one, and he has given 29 invited seminars throughout the world. He has devoted some efforts to the transfer of knowledge to privates companies since early 1990s. For example, the group has been involved in some projects for the use of magnetic nanoparticles in bioapplications and in another one related to applications in magnetic recording. Prof. Batlle is co-inventor of one international patent that has been licensed since 2007 and has generated about $159,000. The patent proposes the use of exchange bias in multi-state logics and magnetic recording, beyond binary logics.

Nowadays, her research lines fall into different areas of interest such as multifunctional nanoparticles and nanoelements: magnetic and plasmonic properties, size-dependent scaling laws in magnetic nanoparticles, magnetic domain configurations in exchange-coupled materials, control of magnetism across metal to insulator transitions and spin configurations in magnetic nanowires. And in addition to magnetic and structural characterization tools (MFM, TEM, SQUID) in the UB, the primary investigation techniques she employs are polarization-dependent spectromicroscopy using x-ray PEEM and spatially averaged XMCD and XMLD spectroscopies at various synchrotron light sources.

She has authored a book chapter, a patent and 61 publications all in journals of the Science Citation Index (h=26, >3200 citations). 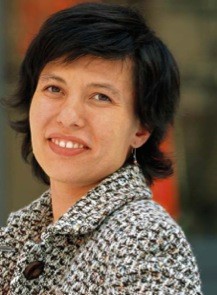 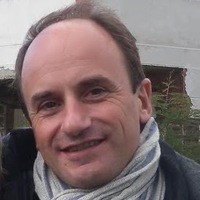 Óscar Iglesias is an Associate Professor in Experimental Condensed Matter Physics in the University of Barcelona (UB) since 2008.

He graduated in Theoretical Physics (1990) and obtained his Ph. D. in Physics (2002) at the University of Barcelona after stays at the City University of NY (E. Chudnovsky) and at the University of British Columbia in Vancouver (P.C.E. Stamp) where he gained expertise in the theoretical models of magnetism. In between 1991 and 2007 he was Associate Interim Professor at the Dept. of Condensed Matter Physics of the UB. He is member of the Magnetic Nanomaterials Group since its foundation in 1993. His research lines have focused on theoretical and phenomenological models of magnetic materials, but always working in close contact to experimentalists in the field. His expertise has now turned to Monte Carlo and micromagnetic simulations to study finite-size, surface effects, dipolar interactions and exchange bias mainly in nanoparticle systems. His work has focused on the finite-size, surface and dipolar interactions effects in magnetic nanoparticle systems, authoring two book chapter on these subjects. His more recent research lines include magnetic nanotubes and magnetic hyperthermia in NP. He is author of a review (JNN 2008), with more than 230 citations, on Exchange Bias effects in NP, a field to which he has contributed in numerous collaborations with other groups of worldwide expertise. He has been visiting professor at the Universities of South Florida (USA), Perpignan (France) and Antioquia (Colombia) and he is member of the RSEF and IEEE Society

She was member of the group of magnetic nanomaterials since its foundation working on the study of interactions and surface effects in magnetic nanoparticles. She has been also studying the magnetic and electron transport properties of granulated nanocomposites (metal/insulator). She did research stays at Wolfson Centre for Magnetics (Cardiff, Wales), School of Electronic Engineering (University of Bangor, Wales), HMFLab (Grenoble, France), Magnet Physik (Köln, Germany), ICMM-CSIC (Madrid), synchrotrons BESSY (Berlin, Germany) and ALBA (Cerdanyola).

She has contributed in 30 articles in international scientific journals (h=11, >500 citations). 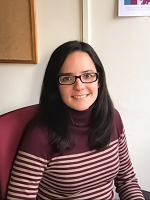 Ana Conde Rubio is a post-doctoral researcher in the Group of Magnetic Nanomaterials in the University of Barcelona. She received her degree in Physics in 2013 by the University of Zaragoza after doing her last year in Southampton (UK), where she had her first contact with nanotechnology. She did her Master of Nanoscience and Nanotechnology at University of Barcelona with a master’s project in the Group of Magnetic Nanomaterials entitled Sputtering and characterization of granular AuFe as Nanoimprint Lithography nanoparticle precursors. She worked in sputtering deposition, transport measurements to analyze magnetoresistance, magnetization analysis with SQUID, absorbance measurements in the UV-visible range and microstructure analysis by TEM, SEM, MFM and QNM.

She started her PhD in the same group with an FPI contract in 2014. Since then, her research activities have been mainly focused on the simulation, design, fabrication and characterization of plasmonic nanostructures. She has intensively worked with thermal nanoimprint and electron beam lithography in the Clean Room at IMB-CNM, where she performs all the nanofabrication part and FDTD Solutions from Lumerical © for the simulation part. She has also used FTIR and Raman spectroscopy to analyze the optical response of the fabricated samples and their viability as Raman enhancers, respectively. As a part of her PhD, she had the opportunity to do a 3-month research stay in Prof. Giessen’s group, in University of Stuttgart. Now, she has obtained her PhD with the thesis titled “Simulations, nanofabrication and optical characterization of plasmonic nanostructures” 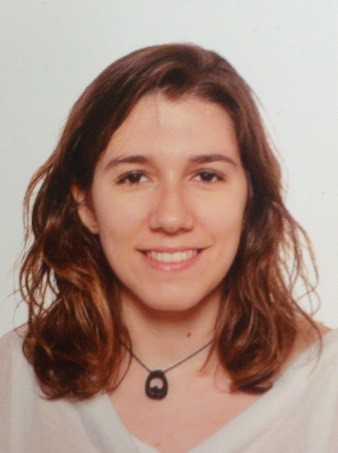 Mariona Escoda is a PhD student in the Group of Magnetic Nanomaterials in the University of Barcelona. She got her degree in Chemistry in 2015 and her Master of Nanoscience and Nanotechnology in 2016 both by the University of Barcelona. She did her master’s project in the Group of Magnetism and Functional Molecules (UB), entitled Nanostructuration of SMMs: surface deposition and decoration of magnetic nanoparticles.

She started the PhD with and FPI contract 2016, and her research is focused on the synthesis by chemical routes and characterization of high-quality magnetic. As a part of her PhD, she had the opportunity to do a 1-month research stay in Dr. Puerto Morales’ group, where she could improve in the synthesis of magnetic nanoparticles. Nowadays she is also working in the synthesis of hybrid systems, combining plasmonic and magnetic properties.