María del Puerto Morales is senior scientist at the Institute of Material Science in Madrid (ICMM/CSIC), Spain since 2008. She got her degree in Chemistry by the University of Salamanca in 1989 and her PhD in Material Science from the Madrid Autonomous University in 1993. From 1994 to 1996, she worked as a postdoctoral fellow at the School of Electronic Engineering and Computer Systems of the University of Wales (UK) and got her permanent position at the ICMM/CSIC in 2000 (4 Sexenios). Her research activities are focused on the area of nanotechnology, in particular in the synthesis and characterization of magnetic nanoparticles for biomedicine, including the mechanism of particle formation and its performance in biomolecule separation, NMR imaging, drug delivery and hyperthermia.

She has authored several book chapters in the field of nanoparticle synthesis (9), patents (3) and 200 articles in interactional scientific journals (h=49, >10000 citations). She has been the principal investigator from the CSIC of two European-funded research projects in the 7FP (Multifun and NanoMag). She has also participated in other 30 national projects,  has supervised 4 thesis and 1 more is on-going, and has presented more than 30 invited talks at conferences. 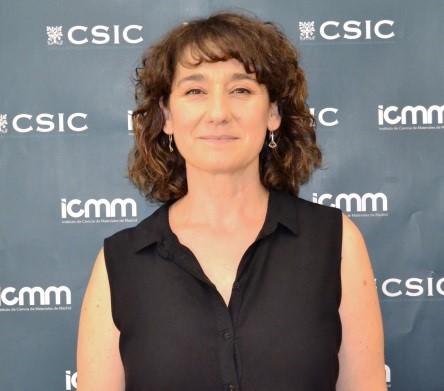 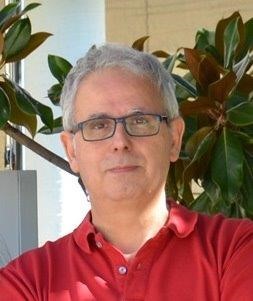 Sabino Veintemillas Verdaguer  is senior scientist at the Institute of Material Science in Madrid (ICMM/CSIC) Spain since 1996. He got his degree in Chemistry (Inorganic Chemistry) in 1980 at the University of Barcelona, and received a PhD. degree from the Complutense University of Madrid in 1986 with a research work on crystal growth from boiling solutions. He joined the Spanish Council of Scientific Research (CSIC) in 1987 (6 sexenios). His scientific objectives are focused in the development of new methods for the preparation of materials and the study of the physicochemical processes involved in the synthesis. Until the year 1995 he worked in the Materials Research Institute of Barcelona CSIC, in the crystal growth of water soluble ferroelectric materials such as KDP and LAP for non linear optics. Then he moved to the Materials Research Institute of Madrid CSIC to develop the synthesis of magnetic nanoparticles from laser pyrolysis and actually he works in the field of preparation and biomedical uses of magnetic nanoparticles.

He has authored several book chapters in the field of nanoparticle synthesis (6), patents (4) and 130 articles in interactional scientific journals (h=31, >4500 citations). He has been the principal investigator from the CSIC of the European-funded research project Bonsai  in the 6FP. He has also participated in other 20 national projects and  has supervised 4 thesis.

For many years she was involved in the study of magnetic and magnetoelastic properties of bulk magnetic materials and the magnetic, magneto-elastic and electronic properties of Mn-oxides for Giant Magnetoresistance (GMR) applications. Her current interests are the physical properties of nanoparticles for biomedical and life-sciences applications, in particular those aspects of magnetism related to drug delivery, magnetic hyperthermia, contrast agents for MRI and biosensors (e.g., lateral flow tests with magnetic readout). She has a large experience in core-shell magnetic nanoparticles, mainly with graphene/graphite coating. Her expertise covers their synthesis by physical methods, and their physicochemical characterization, by a broad range of techniques (mainly for magnetic characterization). Her research activity has been positively evaluated by CNAI and CSIC as 5 sexenios and 6 quinquenios. She is co-author of more than 130 papers in SCI journals (Web of Science H-index=32), 14 book chapters and 3 patents. She has contributed more than 190 presentations (22 invited talks) at international conferences and seminars. She has led and participated in several research projects funded by the Spanish government and by the European Union, in the last years related to magnetic nanoparticles for biomedicine and biotechnology. 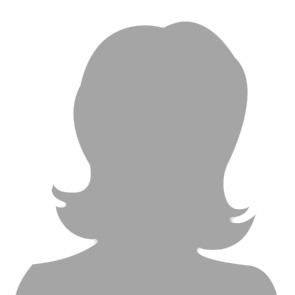 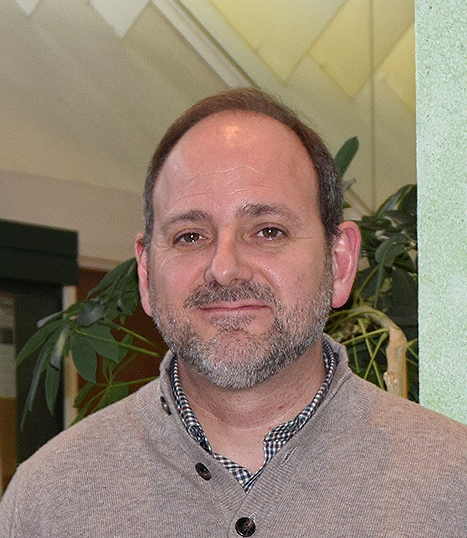 Domingo F. Barber is a Tenured Scientist at the Centro Nacional de Biotecnología (CNB-CSIC), Madrid, Spain since 2008. He got his degree in Pharmacy Madrid in 1990 and his PhD degree in 1996, both from the Universidad Complutense de Madrid. As a doctoral fellow in the group of Professor José Antonio López de Castro (1991-93 Fundación Jiménez Díaz and 1993-96 Centro de Biología Molecular Severo Ochoa-CSIC), he studied how the TCR recognizes HLA class I antigens. In a first postdoctoral period (1996-98) at Yale University (New Haven, CT, USA) in the group of Prof Adrian Hayday he worked on the study of pre-TCR and its role in thymic development, as well as on the effector functions of γδ T cells, especially against tumor cells. During a second postdoctoral period (1998-2001) at the National Institutes of Health (NIH) in Maryland (USA) in the group of Prof. Eric Long he worked on the study of receptors and signals that regulate the activation and inhibition of NK cells. At the end of 2001 he returned to Madrid, to the Centro Nacional de Biotecnología (CNB-CSIC) where he remains to this day. From 2002-06 as Ramón y Cajal researcher in the group of Prof. Ana Carrera he studied in animal models the role of PI3K in the genesis and progression of the autoinmune disease Lupus. In 2006, he started his own research group when he was elected Emerging Scientist at the CNB and in 2008 he obtained a Tenured Scientist position. Since then he has worked in nanomedicines for immunotherapy of cancer and autoimmune diseases. The overall objective of his group is to understand SPION-mediated molecular and cellular mechanisms in distinct biomedical applications oriented to cancer and autoimmune diseases treatment. The group pursue the following specific objectives:
1) Study of the ability of intracellularly loaded SPIONs to induce biological effects following the application of an AMF f, to identify effects that depend on temperature increase (hyperthermia) or are mediated by other mechanisms.
2) Comparative analysis of the effectiveness of various nanoparticle-targeting approaches in antitumor therapies.
3) Study of SPION-induced epigenetic changes in cells.
4) Study of SPION degradation and transformation within lysosomes.
5) potentiation of antitumor therapy by adoptive transfer of NK cells and CD8+ T cells using SPIONs.

He has authored several book chapters (4), patents (2) and 60 articles in interactional scientific journals (h-index=27, >2,500 citations). He has been the principal investigator in 10 national projects, has supervised 7 thesis and 3 more is on-going, and got 4 sexenios.

Eva Mazario Masip is a Juan de la Cierva postdoctoral researcher since September 2017 in the group of Materials for Health lead by Puerto Morales in the Institute of Materials Science of Madrid (CSIC).

She graduated as chemist for the Autonomous University of Madrid in 2008. In 2009 he worked in the Institute of Construction Science “Eduardo Torroja” in the group of Corrosion Science. She studied the effect of the presence of chlorides ions in the stress corrosion cracking of prestressed stainless steel rebars. Her interest was also focus on the analysis of the structure and morphology of the passive film generated in alkaline pH in the surface of black steel.  She got the DEA in the Autonomous University of Madrid in 2010 and after she joined to the Doctoral program “The Chemistry as a Multidisciplinary Science”, getting the PhD. title in 2015. During her thesis, she made short stays in the University of Zaragoza and in the Laboratoire de Physique et Chimie des Nano-objets (University Paul Sabatier-Toulouse). During this period, she got skills in the synthesis and characterization of magnetic materials and she participates in several experiments in the ESRF synchrotron (European Source of Synchrotron Radiation) and in the neutron for Science facility ILL (Institute Laue-Langevin) in Grenoble. She also, has presented her research in several conferences (national and international). She authors 10 scientific publications in journals of high impact factor during this period. In 2015 she obtained a postdoctoral position of the ANR research program from the French government in the University Paris Diderot in Paris, in the laboratory Interfaces, Traitements, Organisation et Dynamique des Systemes (ITODYS). She develops a new magnetic harvest system for the removal of uranyl compounds in radioactive waste water.

At the moment, in the Institute of Materials Science of Madrid and for the next 2 years she will be working in the design of new materials for the recovery of organic compounds and heavy metals from contaminated water. Her interests are the synthesis and characterization of new materials and the study and application of its properties in the environmental area. 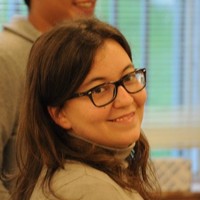